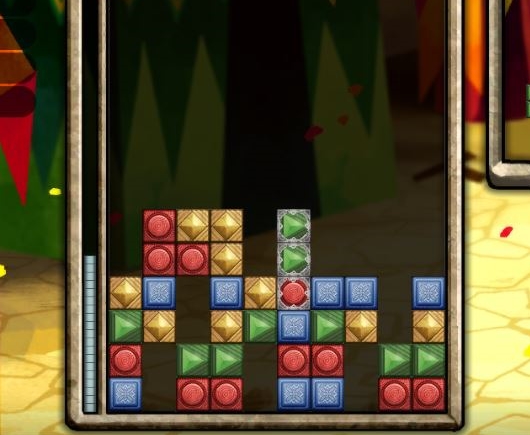 We’d like to discuss the current state and direction of Spaera as we prepare for a 1.0 Release candidate. Ever since we moved away from the Tetris style gameplay, the journey has been filled with ups and downs. We know we have something unique, but we can’t, in good faith, release the game as it is. The game’s current system doesn’t feel completely correct or intuitive. After another stretch of testing and feedback, we think we’ve identified some key problems and features missing from the game.

One of the hot topics in the Spaera Discord channel is the concept of chain setups. We went through many iterations to see if this was a core mechanic that we could have in Spaera since it is quite fun in other puzzle games, but couldn’t really achieve any reasonable form of it with the current system. The problem, we think, stems from complexity and randomness. The current iteration of Spaera demands too much attention from the user. Players have to juggle piece selection from the shared deck, piece placement and color matching of (often complex) pieces, opponent’s board and spell state, and their own spell meter. Adding setups to this mix is simply too difficult and impractical.

We still have the luxury of making radical changes during this Steam Early Access phase so in the coming patch that is exactly what we will do. For starters, we will be toning down the amount of difficult shapes. In exchange, we’ve introduced a new type of block, which in essence, is a “double block”. These blocks need to be cleared twice, but maintains the same color once the first stage is cleared. The “brick-blocks” have also been changed as the clearing mechanics for those are a little too confusing, again adding to the complexity problem. Of course, this is a radical change so balance will be in flux while we continue to tweak but we must say, this new take is very refreshing!

Right now, an experimental build is up on Steam, which can be accessed by right clicking Spaera in the game list, selecting properties, tabbing to “BETAS” and choosing the “experimental- ” drop down. Give it a shot, as it doesn’t affect your rankings and as always, we’re looking for feedback in our discord channel. Happy Holidays!