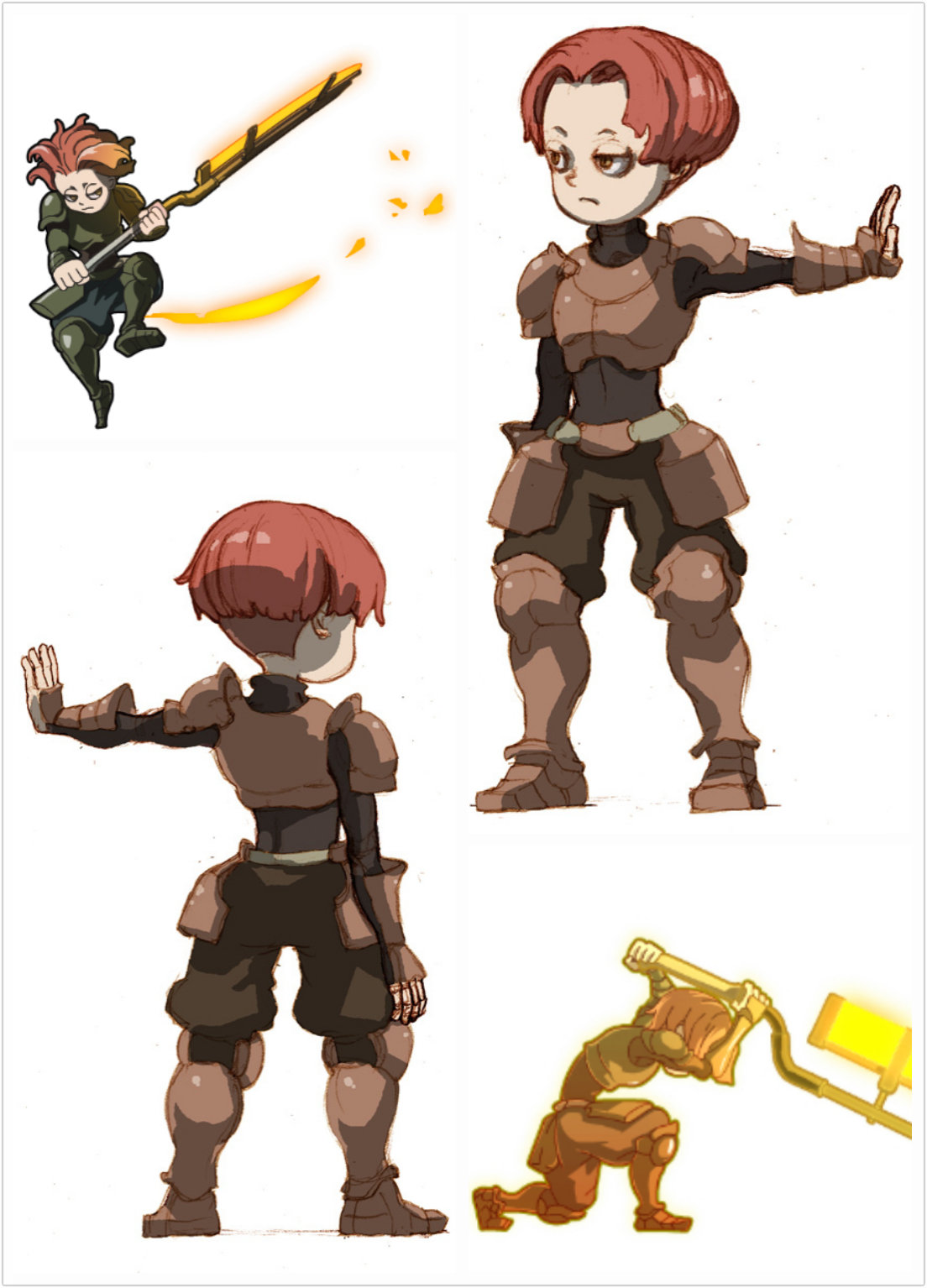 Today we are re-introducing the 8th playable character for the initial version of Spaera, Leon. As many of you might recognize him from our initial Beta, Leon has been placed on the sidelines since the huge system change last year. With the game system finally stabilizing with perhaps a few tweaks left, we’d like to push out the current iteration of Leon for you to try.

Leon retains his counterpunch style of play, but now with a bit more offense. His Level 4, Thrust of 9000+, has been his signature move, and we made it a focus to keep it as faithful as possible.

His level 3, Kogoro Stance, has been replaced with an Offense move, Slash Slash. Slash Slash adds two slashes of bricks to the opponent’s board.