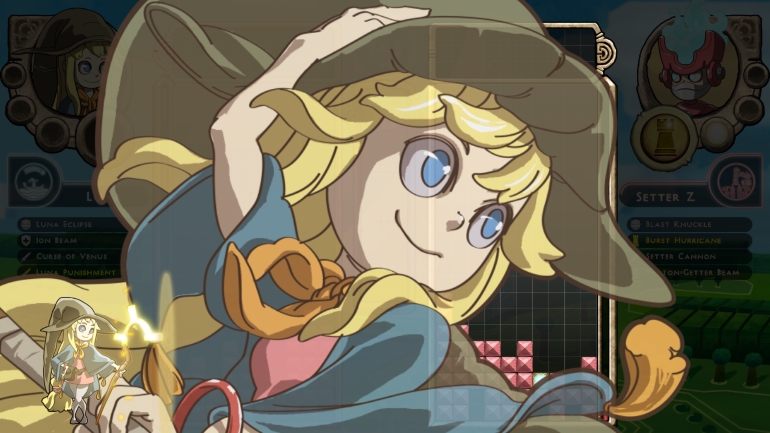 With today’s patch, online mode should be more stable now! In addition, there’s a couple balance tweaks done to Setter Z and Luna. Check out the full patch notes below:

Bug Fixes
– Isolated some connection related bugs. Online matches should be a bit more stable.
– Fixed miscellaneous crashing bugs. The Spaera client should be more stable.
– Fixed the Rank Emblem sometimes displaying the incorrect results after an unstable online match. The proper rank and points should be reflect now.
– Added more keyboard combinations to input the @ symbol for international keyboards.

Gameplay/Balance Changes
– Character skill animations have been adjusted to be faster in order to increase the pace of the game.

– Luna’s Level 2, “Ion Beam”, received a slight buff. When cascading the middle blocks down in the second phase of the spell, blocks containing magic no longer stay stuck in the air. This should make Luna’s “Ion Beam” more viable as a recovery spell.

– Setter Z’s Level 1, “Blast Knuckle”, will now allow opponents to drop slightly as opposed to completely preventing them from dropping. This should slightly decrease Blast Knuckle’s effectiveness when the board is low for his enemies and also allow the opponent to have some level of control of the distribution deck even when under the effects of this spell.